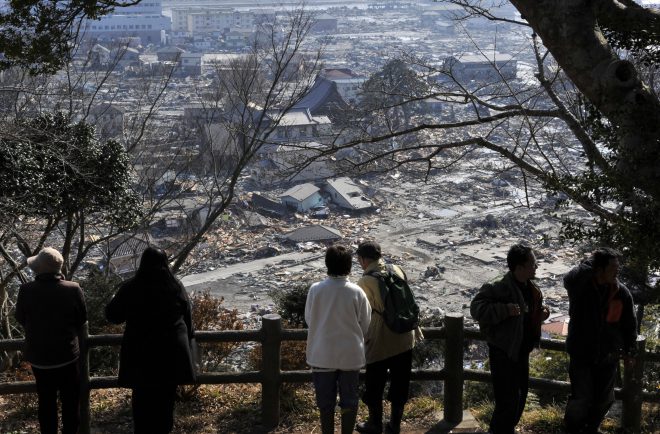 TOKYO- Residential land development schemes mainly to promote collective relocation has remained underused by people in Japan’s northeastern region who lost homes due to the March 2011 earthquake and tsunami.

Less than 40 pct of new homes rebuilt with public assistance in the hardest-hit prefectures of Iwate, Miyagi and Fukushima take advantage of the government-supported land schemes.

Large-scale land development and relocation projects require a lot of time to form consensus. Unable to wait, many people have moved from the places they lived before, to build houses elsewhere without relying on the schemes.

Based on the law to support the reconstruction of the livelihoods of disaster victims, 50,843 people in the three prefectures had requested government assistance to build or buy new houses as of the end of December last year. Of the total, 8,148 applicants were in Iwate, 31,818 in Miyagi and 10,877 in Fukushima.

Only 38 pct, or 19,074 applicants, of the total are set to utilize land developed under the schemes for collective relocation, land rearrangement and strengthened disaster prevention in fishery settlements.

The number is 32 pct below the projection of 28,060 land slots as of the end of 2012 based on data compiled by the Reconstruction Agency. Of the currently planned number, some 60 pct had been completed by the end of 2016.

The total population of 28 coastal municipalities in Iwate and Miyagi, including the hard-hit Wakabayashi ward of the Miyagi capital of Sendai, declined by 62,384 between 2010 and 2015, according to national census data.

Marked declines were seen in Onagawa, Minamisanriku and Yamamoto in Miyagi, which incurred 37 pct, 29 pct and 26 pct, respectively. Otsuchi in Iwate saw a drop of 23 pct.

“Many people have moved to urban areas to rebuild homes, unable to wait for site development in our town with little residential land at the moment,” said an Onagawa official.

In the Koizumi district in Kesennuma, Miyagi Prefecture, locals started discussions early to form consensus on collective relocation so that they would be able to rebuild their damaged homes quickly.

But by the time the project completed in 2015, the number of newly developed plots decreased to 65 from the initially envisioned 160. Some 40 houses, as well as public housing for disaster victims, have been built, but many vacant plots remain.

People’s needs changed as time wore on, according to Shigeaki Oikawa, who led the local discussions on the relocation. Jiji Press