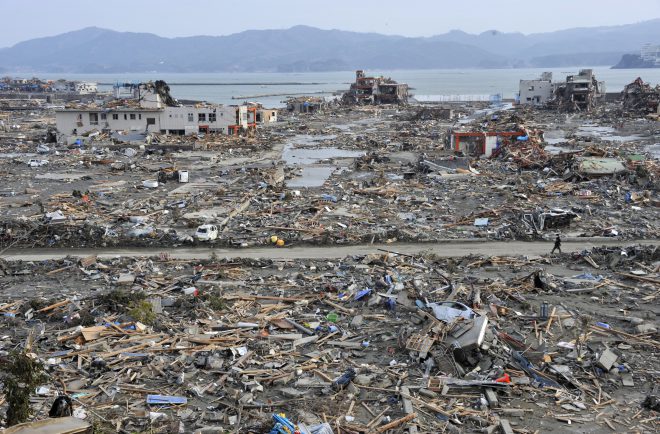 Tokyo- A total of 44 municipalities in the three Tohoku northeastern Japan prefectures hit hardest by the March 2011 earthquake and tsunami are short of nearly 10 pct of the staff they need for reconstruction.

The shortfall includes 134 technicians for civil engineering and construction. The personnel shortage is a serious problem as such workers are involved in public housing construction for disaster victims and road restoration. Demand is also high for public health nurses to carry out physical checkups.

The labor shortage reflects a lack of municipal officials to be dispatched in general across the country to due to administrative reforms and staff reductions.

In addition, the memories of the 2011 disaster are wearing thin as time passes. Media coverage of the disaster is declining in areas away from affected regions.

The staff situation in afflicted municipalities "is not being understood," a Fukushima municipal official said.

One Miyagi municipal official noted the experience of being asked whether reconstruction is over.

Some municipalities suspended their personnel dispatches to Tohoku in order to send staff instead to the southwestern prefecture of Kumamoto and nearby regions hit hard by a series of powerful earthquakes in April last year, and elsewhere.

The prefectural governments of Iwate, Miyagi and Fukushima are making efforts to recruit officials by explaining to other local governments the current situation in areas damaged by the 2011 earthquake and tsunami.

The city government of Kesennuma in Miyagi, where large areas of the city were severely damaged by the tsunami, needs 42 additional workers for road and port reconstruction.