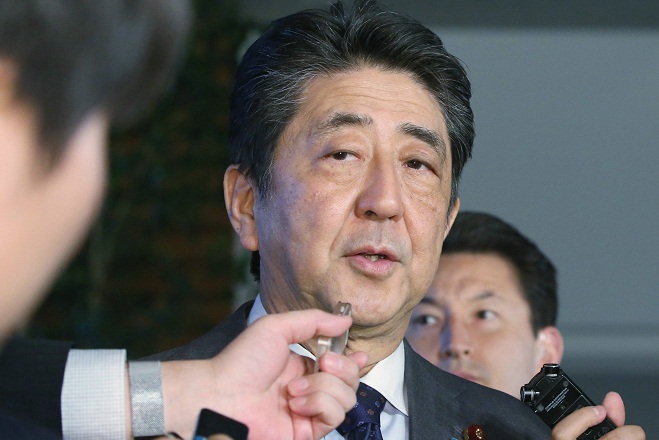 Tokyo--The Japanese government has decided to shift toward the digital management of most public records by the time the new building for the National Archives of Japan opens in fiscal 2026.

The decision is aimed at preventing a recurrence of record management scandals that have plagued the administration of Prime Minister Shinzo Abe.

Such scandals include the Finance Ministry's manipulation of documents related to nationalist school operator Moritomo Gakuen, which was able to buy a plot of state land at a steep discount, and the Defense

In July 2018, the government adopted a set of preventive measures, including severe penalties for the manipulation or cover-up of public records, as well as computerized management.

"Although regaining lost trust is extremely difficult, we must do it," Abe told cabinet members.

The latest decision, made March 25, stipulates that administrative records should be "systematically managed, with electronic forms used as their originals and authentic copies."

The government will thus establish a system to automatically record when documents are stored, the names of the writers, dates of preparation, categorization and other information, and carry out the same process when they are modified.

As of fiscal 2016, which ended in March 2017, there were some 18.4 million national administrative records, 93.6 pct of which were kept on paper and 6.1 pct electronically.

At present, email messages are automatically deleted at some ministries and agencies after a set period of time to secure server capacity. The government will not adopt such a system for the digital management of records, to avoid the risk of losing important information on decision-making processes.

The paper-based storage of records that is legally required or deemed essential in order to maintain value, such as those signed and sealed by the Emperor and cabinet meeting documents signed by ministers, will remain in place.

Continuing advances in electronic technology make it essential for the government to consider how best to store records on a long-term basis.

Records written on "washi (traditional Japanese handmade paper) can be stored for 1,000 years," an official at the Cabinet Office said. "But for electronic (storage), it's impossible to maintain the same format for 1,000 years."

The government decision thus calls for studies to "realize the long-term stable use" of records.

The government will amend its guidelines and rules for record management by the end of fiscal 2019 to facilitate computerized management of administrative records. Jiji Press