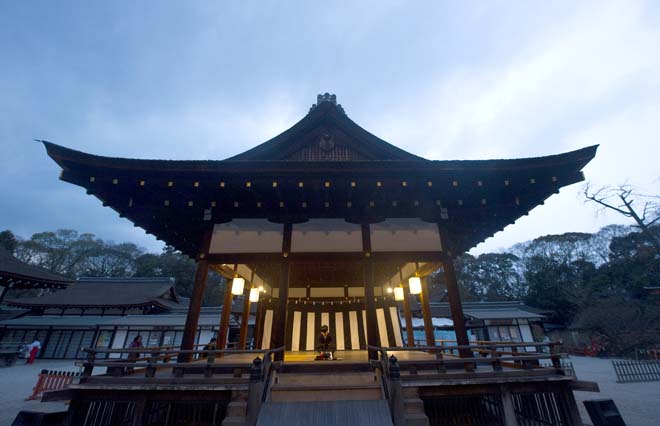 Nagato, Yamaguchi Pref.--Motonosumi Inari Shrine in western Japan, which became famous after joining CNN's list of the 31 most beautiful places in the country, has triggered an online controversy by deciding to shorten its name to make it easier for foreign tourists to remember.

In March 2015, CNN put the Shinto shrine, built in 1955 in Nagato, Yamaguchi Prefecture, on the list, highlighting its 123 bright red "torii" gates that stretch to a cliff overlooking the Sea of Japan.

"We began considering changing the name of our shrine about two years ago into something easy to remember for travelers from abroad, who had kept increasing," said Yoriki Okamura, 70, chief priest of Motonosumi Inari Shrine.

In January this year, based on what it called a divine prophecy, the shrine decided to drop "Inari" from its name and start identifying itself as Motonosumi Shrine from Jan. 1, 2019. Inari is a Shinto deity. The shrine has put up posters about the name change on its grounds, including at its office.

A public relations official of the Association of Shinto Shrines, which has some 80,000 places of worship across Japan under its wing, said shrine names basically do not change, except for some cases seen during the period of post-World War II confusion.

But the official said Motonosumi Inari Shrine is free to change its name as it is a privately owned shrine built by Okamura's grandfather and is not registered with authorities as a religious institution.

Since the planned name change was reported in the media in early October, the shrine has not directly received any opinions about the decision.

But on Twitter and elsewhere, some negative opinions about the name change have been voiced, including claims about "a feeling of strangeness" and others worrying that the move may lead to some kind of divine punishment.

The Nagato city government has decided to reflect the name change in its tourist brochures and signposts, but it said the work to make the changes may not be completed by the end of this year.

Meanwhile, there are also some supportive comments being posted on the Internet, including that the shrine will remain the same even if its name changes.

"I made the decision through divine dialogue," Okamura said. "As prayers will be answered in the same way, I hope many people will continue to visit the shrine." Jiji Press