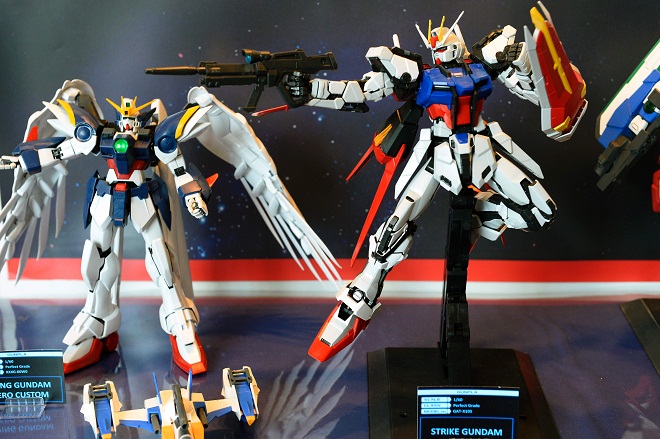 Robot models from “Gundam” anime series to be launched into space

Tokyo--In a bid to boost spirits for the 2020 Tokyo Olympics and Paralympics, a Japanese project is under way to launch into space models of humanoid robots from the popular "Mobile Suit Gundam" animation series.

The project was jointly announced by the Tokyo Organizing Committee of the Olympic and Paralympic Games, the Japan Aerospace Exploration Agency, or JAXA, and the University of Tokyo, on Wednesday.

The day's rollout event was attended by the Gundam series' creator, Yoshiyuki Tomino, among other people.

A microsatellite will carry models of Gundam and Zaku, piloted by the animation series' main character and his rival, respectively, to the International Space Station.

The robot models, made of special resin to withstand the space environment, will then be released into space around March or April 2020, including for taking photos against an Earth background.

"I think athletes will be encouraged by the support from space," Koji Murofushi, a sports director of the organizing committee, said. Jiji Press