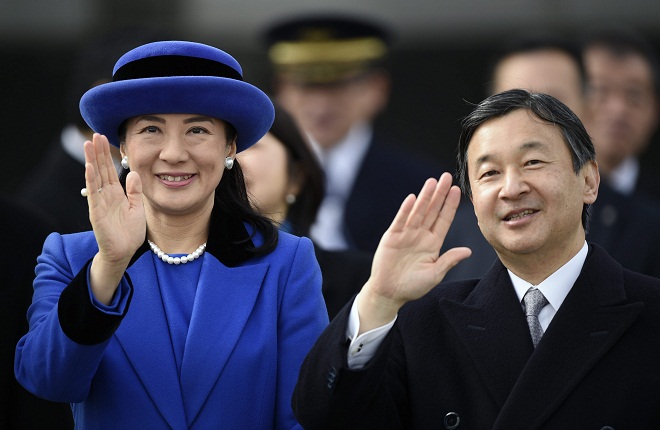 Tokyo, May 1 (Jiji Press)--Following are profiles of Japan's new Emperor Naruhito and Empress Masako, who assumed the titles Wednesday:

He was born Feb. 23, 1960, as the eldest son of Emperor Emeritus Akihito and Empress Emerita Michiko.

He was enrolled in Gakushuin University's Department of History in 1978 after attending the university's elementary, junior high and senior high schools.

He studied at the University of Oxford's Merton College for about two years from June 1983. After returning to Japan, he finished a doctoral course at Gakushuin University's graduate school in March 1988.

He became Crown Prince on Jan. 7, 1989, upon the death of his grandfather, Emperor Hirohito, posthumously called Emperor Showa. His "Rittaishi-no-Rei" investiture ceremony was held in February 1991 when he was 31 years old.

He became acquainted with Empress Masako in 1986. The wedding ceremony for the couple was held in June 1993.

She was born Dec. 9, 1963, as the eldest daughter of diplomat Hisashi Owada. She returned to Japan in 1971 after living in Moscow and New York.

Massachusetts. She graduated from Harvard University in 1985.

After returning to Japan, she was enrolled in the University of Tokyo. She left the university in 1987 to join the Foreign Ministry.

She studied at the University of Oxford's graduate school between 1988 and 1990 on a ministry training program. She left the ministry in January 1993 before their marriage in June that year. Jiji Press