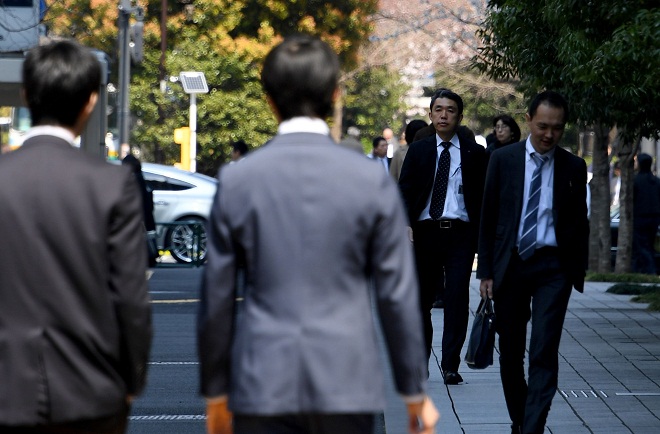 People back to work in Japan after 10-day holiday

Tokyo/Osaka--Many people in Japan were back to work on Tuesday, after the end on Monday of an unprecedented 10-day holiday during which the Imperial succession was carried out and the country's era name changed to Reiwa from Heisei.

Ticket gates and exits at subway stations in Tokyo's Kasumigaseki government district were flooded with commuters, a routine scene on business days.

The holiday period "ended quickly," Takeshi Kawaguchi, 56, who works for the Ministry of Agriculture, Forestry and Fisheries, said. "I'll change my mindset and work, as we have to prepare for the coming resumption of parliamentary business," he said.

A 30-year-old employee at the Ministry of Health, Labor and Welfare, who worked on half of the 10 holidays, said he stayed at home while off duty. "I have a huge backlog of work, so I want to get on with it as usual," he said.

Akiko Kakizaki, a 47-year-old corporate worker who spent the holiday period with her daughter at her hometown, said, "I could spend my time freely without being bound by time."

"I'm not as depressed as I had expected (although the holiday is over)," Kakizaki said. "I could refresh myself both physically and mentally, so I'm ready to get down to work."

A number of locals visited the office of Chuo Ward in the western city of Osaka immediately after it opened at 9 a.m. (midnight Monday GMT).

"I've been very busy moving and looking for a part-time job," said a 59-year-old housewife, who moved to Osaka from Yokohama, south of Tokyo, with her family members in late April. "I've finally come to the ward office," she said, looking relieved.

Eiki Morimoto, a 37-year-old teacher who came to the ward office for procedures related to the birth of his baby, said the child's health insurance card has yet to be made. "I want to start our new life with no anxiety," Morimoto said.

Meanwhile, many employees at the Imperial Household Agency were on duty during the holiday period, due to a series of Imperial succession ceremonies and new Emperor Naruhito's first appearances before visitors to the Imperial Palace in Tokyo on Saturday.

"This was the most important period for us," an official of the agency said. "It was good that the important ceremonies were held without any problem." Jiji Press