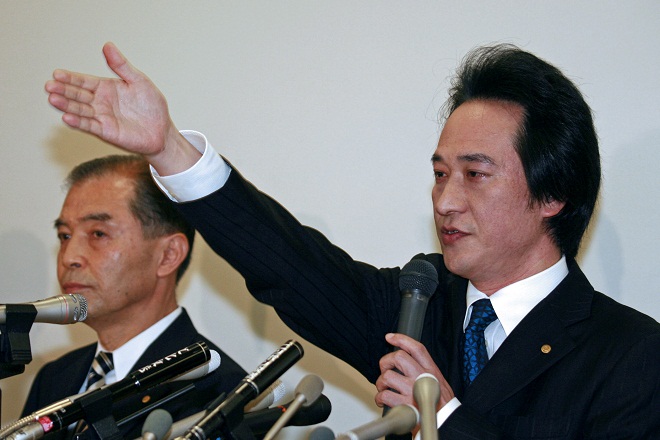 New York- Masahiro Origuchi, a Japanese businessman known for his huge bubble-era success in the disco business and subsequent bankruptcy, recalls that Heisei was an era that gave capable people a chance to come back from failures.

"Heisei was a very exciting era, both in a good way and a bad way. I had some regrettable experiences, but they created new paths for me," Origuchi, 56, said in a recent interview. "It was a fulfilling and valuable era."

He was a trading house employee in charge of exporting electronics devices when the Heisei period began in 1989.

This was a "Japan as Number One" period, Origuchi said, referring to the famous 1979 book that explains how the country developed into a competitive industrial power.

At the time, Japan's trade surplus swelled so that the government asked the trading industry to increase imports, he said.

When he was looking for goods that could be imported to Japan, Origuchi said, he came across a British company that handles laser and audio equipment.

"That led me to design Juliana's Tokyo," he said of a discotheque in the Japanese capital that was famous for attracting a crowd of women dressed in "body-conscious" formfitting clothing.

Juliana's Tokyo, which opened in 1991, was seen as a symbol of Japan's economic bubbles. Origuchi said, "I'm very pleased to see what I made being recognized as such."

Origuchi later quit the trading house to go self-employed, but his success ended shortly after. He said: "I was forced out of Juliana's due to a rights dispute. What was left was only 40 million yen in debts."

He said most of the debts were repaid using fees he received for designing Velfarre, another disco in Tokyo.

In 1995, he established Goodwill Group Inc., a temporary staffing service provider that was later listed on the first section of the Tokyo Stock Exchange.

In 2008, however, Origuchi stepped down as chairman of Goodwill Group to take responsibility for a series of scandals involving the company, including fraudulent nursing care fee claims involving a subsidiary. He himself went bankrupt later.

Origuchi said: "I was bashed by the media over the scandals. But I don't still think that I made mistakes in running (Goodwill Group). I'm proud of being a pioneer in the nursing care business."

Later, he went to the United States. He said he achieved success in the Japanese restaurant business in New York.

Origuchi said that using the proceeds from the sale of the business, he is now running Broad Capital Partners, a U.S. investment company that he established in 2013.

"Using lessons learned through my experiences, I'd like to support the dreams of challengers as an investor," he said.

Origuchi said that at present, there are many schemes available to help people come back after failures, including advanced financial technologies that enable global fundraising. "A comeback is possible for capable people," he said. Jiji Press