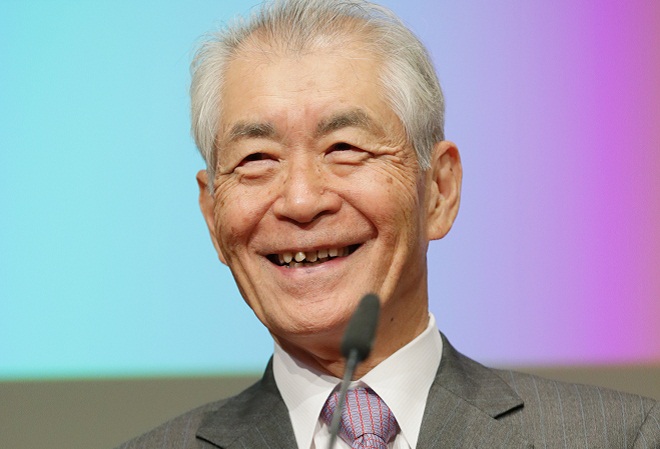 Stockholm--Japanese scientist Tasuku Honjo, who won this year's Nobel Prize in Physiology or Medicine, on Thursday said that immune strength is the key to fighting cancer.

Immunotherapy will become more effective when it is combined with other treatment methods, Honjo, 76, professor at Kyoto University, said at a press conference at the Karolinska Institute in Stockholm.

He said immunotherapy can help elderly patients survive with cancer even if it is not completely eliminated.

Honjo shared the prize with U.S. scientist James Allison, which recognized their discovery of cancer therapy by inhibition of negative immune regulation.

The press conference was held jointly with Allison ahead of the award ceremony set for Monday in the Swedish capital. Honjo said he is very looking forward to the ceremony.

Honjo said he has never given up research and that he has won support from coresearchers.

At the signing ceremony, Honjo donated an autograph board with a message that anything can be achievable with a strong will. At the press conference, he said this message helped him overcome difficulties. Jiji Press