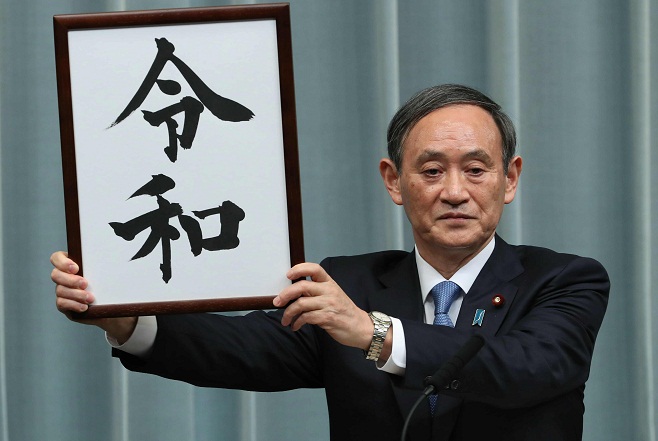 Tokyo--As many as 88.9 pct of people in Japan expressed positive feelings toward the country's new era name Reiwa in May, even higher than last month, a Jiji Press opinion poll showed.

The survey, conducted for four days through Monday, found that 24.5 pct of the respondents found the name "very good" and 64.4 pct thought it was "good." Those who answered negatively totaled only 6.4 pct.

The total rate of positive responses rose 4.1 percentage points from 84.8 pct in April.

The new era began on May 1 with the ascension of Emperor Naruhito, the day after his father, Emperor Emeritus Akihito, abdicated.

On the fact that Reiwa is the first Japanese era name taken from a Japanese classic, 85.8 pct of all respondents gave a favorable answer, while 1.1 pct answered unfavorably and 13.1 pct gave neither response.

The name Reiwa was taken from Manyoshu, the oldest existing collection of "waka" Japanese poems. All previous era names were drawn from Chinese classical literature, as far as can be confirmed.

The interview-based poll covered 2,000 people aged 18 or over across Japan. Valid responses were received from 62.8 pct. Jiji Press