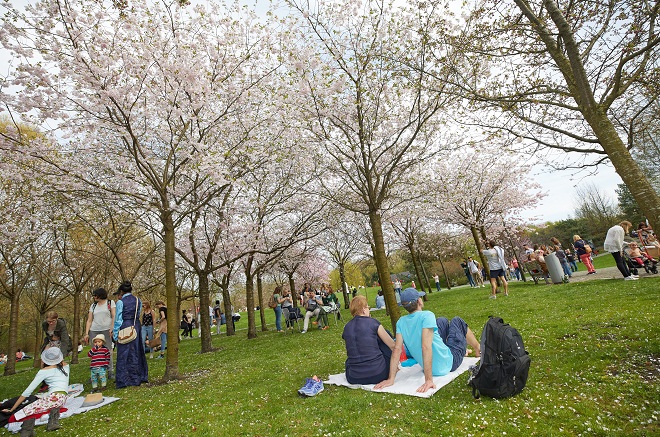 Tokyo- Cherry blossoms in many areas in Japan reached full bloom earlier than usual this spring.

In addition to higher temperatures in March, global warming may have caused the earlier full bloom.

The Japan Metrological Agency judges that a monitored Somei-Yoshino cherry tree comes into full bloom when about 80 pct or more of its buds are open.

This year, a monitored cherry tree in the western city of Kochi reached full bloom on March 19, at the earliest in Japan. The latest was in the northern city of Sapporo on April 29.

In 14 cities, including Kochi, the dates for full bloom were the earliest-ever or tied the record, the agency said. Cherry trees reached full bloom seven to 11 days earlier than the average year there.

Temperatures were higher than usual in many areas in March, affected by warm air from the south. "The higher temperatures hastened the timing of full bloom," an agency official said.

In addition, a long-term temperature increase caused by global warming may have prompted the earlier full bloom.

Cherry trees, including Taiwan cherry trees, have started flowering one day earlier every decade since 1953, the agency said. Jiji Press