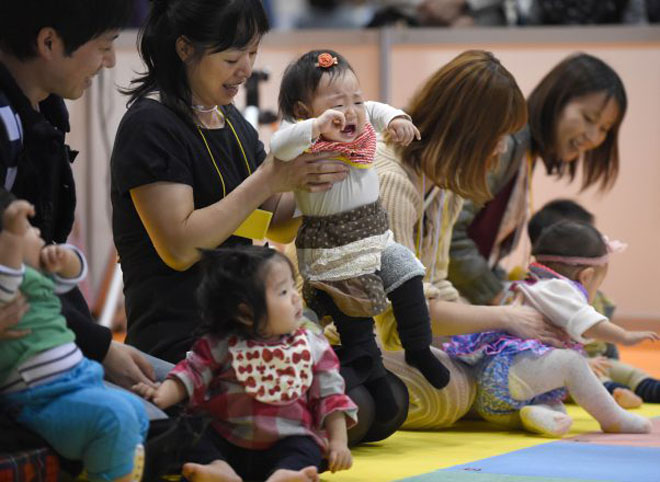 The notice will be issued to administrative bodies and others, based on a report drawn up by a now-defunct Japanese language council at the agency in 2000. Media organizations will also be asked to adopt the style.

When Japanese names are written in Japanese, family names customarily come first, followed by given names. But they are written in the inverse order, in line with the Western style, when rendered in Roman script.

At a press conference, Shibayama pointed out that his name on his name cards created by his ministry, as well as his name and the names of state ministers and parliamentary vice ministers on the English version of the ministry's website are shown in order of first name and then last name.

"I'm afraid that the council's proposal hasn't been sufficiently shared," he said. In response to his remark, the order of the officials' names on the English site were changed immediately.

The council's report, compiled in December 2000, proposed that also in Roman script, Japanese people's names be written in order of last name and then first name, saying: "All human beings should become conscious about linguistic and cultural diversities and find a way to keep them alive. It is desirable that people's names are introduced and described in a way that takes into account the unique format for each of them."

The agency issued a notice reflecting the report in the same month.

According to the education ministry, names appearing in English textbooks used at junior high schools in Japan now are written in order of last name and then first name.

This time, the culture agency will remind ministries and agencies, local governments, media organizations and others of the 2000 proposal from the council, asking for their cooperation in using the format.

Shibayama, however, said, "We aren't necessarily assuming that the use of the format should be mandatory."

At a separate press conference on Tuesday, Foreign Minister Taro Kono expressed an intention to request major foreign media organizations to write the name of Japanese Prime Minister Shinzo Abe in order of family name and then given name.

Chief Cabinet Secretary Yoshihide Suga said, "Related ministries and agencies will study what they can do," while suggesting that consideration should also be given to the conventional style of writing names in order of first name and then last name. Jiji Press