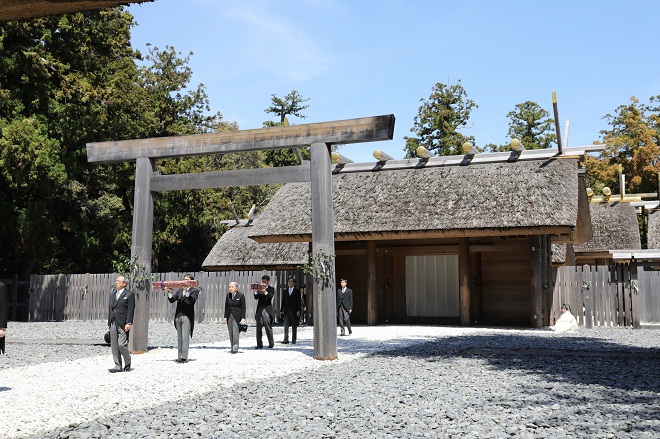 Tsu, Mie Pref.--The Ise Jingu shrine complex in Mie Prefecture, central Japan, saw the number of visitors more than double from a year before during this year's Golden Week holiday period in the country, the Shinto shrine said Tuesday.

During the 10-day public holiday through Monday, the cumulative number of visitors to the shrine in the city of Ise totaled 882,152, up from 396,952 in the April 27-May 6, 2018, period, which included three non-public holidays.

The visitor surge was mainly attributable to former Emperor Akihito's abdication on April 30 and new Emperor Naruhito's accession to the throne on the following day, Ise Jingu officials said.

The Imperial Family is closely linked to the traditional Japanese religion. Jiji Press