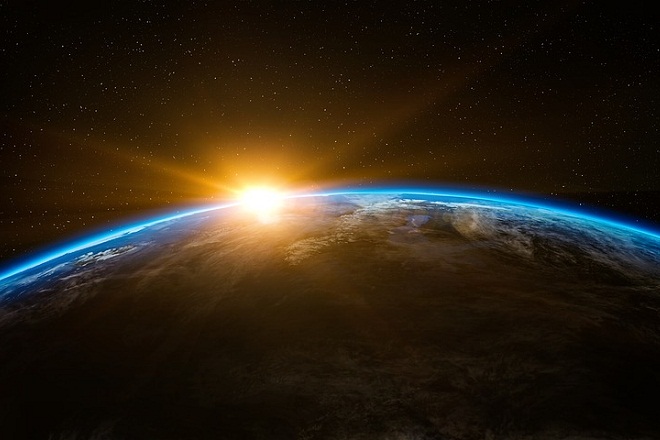 Tokyo- An international team including Japanese astronomers has said it detected a signal of oxygen in a galaxy 13.28 billion light-years away, the most distant place where the presence of oxygen has been confirmed.

"I was thrilled to see the signal of the most distant oxygen," key team member Takuya Hashimoto, researcher at Osaka Sangyo University and the National Astronomical Observatory of Japan, said in a statement. "This detection pushes back the frontiers of the observable universe."

He is the lead author of a research paper on the discovery. The paper has appeared on the British journal Nature's website.

The team made the discovery while observing galaxies in the direction of the Lion constellation using the Atacama Large Millimeter/submillimeter Array (ALMA) telescope in Chile.

The telescope caught the signal from ionized oxygen in a galaxy. The oxygen released infrared light, which was stretched to microwave wavelengths before reaching Earth as the universe expands.

By analyzing the wavelength change, the team concluded that the signal traveled 13.28 billion light-years. It is therefore the most distant, or oldest, oxygen ever observed by any telescope, the team said.

The universe is thought to have started with the Big Bang 13.8 billion years ago. The observation covered a period slightly over 500 million years after the event.

Also by taking into account other observation results, the team determined that star formation in the galaxy in question began at an unexpectedly early stage, namely 250 million years after the Big Bang. Jiji Press