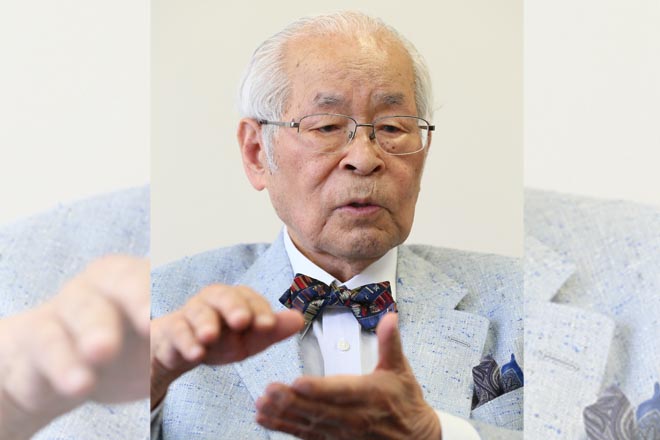 Tokyo- Lawyer Isao Okamura has voiced a sense of accomplishment just before the planned dissolution of the National Association of Crime Victims and Surviving Families, or NAVS, on Sunday.

"The extent of crime victims' participation in trials has widened dramatically from the time of the association's establishment," Okamura, the founder of NAVS, said in a recent interview with Jiji Press. "We've done all we could."

Okamura's wife was killed by a man with a grudge against now-defunct Yamaichi Securities Co. as a former customer. He was an attorney for the company.

He set up NAVS in January 2000 together with other bereaved family members of crime victims.

As the group's head, Okamura played the central role in the efforts to enact the Basic Act on Crime Victims, introduce a system for victims' participation in criminal trials and scrap the statute of limitations for felonies.

After stepping down from the top post in 2011, he continued to work for NAVS in an advisory capacity.

"Even if crime victims worked hard to cooperate with the investigations, they had no way of directly knowing what were discussed in trials and what kinds of rulings were handed down," Okamura recalled. "The victims were treated as outsiders, or merely as evidence."

"Now, the victims can sit next to the prosecutors, browse the files of investigations and make closing arguments," Okamura said, stressing the accomplishments of NAVS.

Crime victims who supported the group's activities did so even after the end of the trials of the criminal cases they were involved in.

The members engaged in the activities with the sole purpose of not letting future victims feel the same way as they did, according to Okamura.

He said, "The member victims did a great job."

Explaining why he decided to disband NAVS, Okamura said the rights of crime victims have been established to a significant extent, with related legal advice now available across the country at support organizations created by administrative bodies. He also attributed the decision to the aging of association members.

"NAVS is a group that establishes rights rather than a self-help organization," Okamura said. "In that sense, its role has been fulfilled."

At the same time, he said, "The pains in the victims' souls will last throughout their lives." He added that he is concerned about the future lives of the member victims. Jiji Press