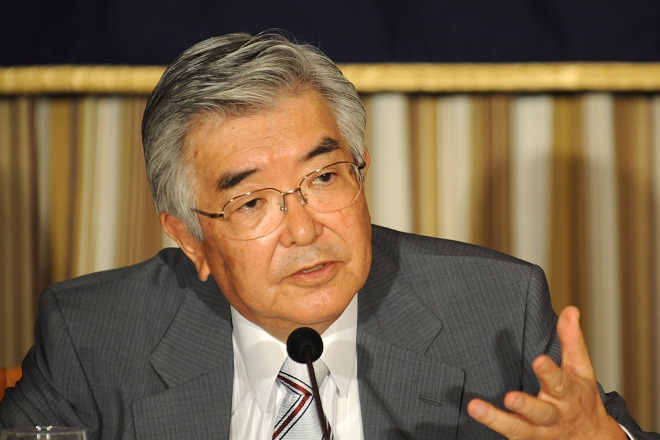 Tokyo- As an executive of brokerage giant Nomura Securities Co. at the time, Atsushi Saito, 78, witnessed firsthand the financial turbulence following the collapse of Japan's bubble economy in the early 1990s, shortly after the start of the soon-ending Japanese era of Heisei.

After quitting as Nomura vice president in 1997 to take the blame for a pay-off scandal involving "sokaiya" corporate racketeers that hit the company, Saito became president of now-defunct Industrial Revitalization Corp. of Japan in April 2003 and tackled the rehabilitation of troubled companies including major retailer Daiei Inc. in the aftermath of the bubble bursting.

As head of the Tokyo Stock Exchange and then of Japan Exchange Group Inc., from 2007 to June 2015, he led moves to reform and revitalize the domestic stock market.

Reviewing the last 30 years, Saito, currently head of Nippon Professional Baseball Organization, expressed regret in a recent interview that his generation failed to clear fully the path for the country's future.

"We couldn't carry through painful reforms, as we were losing the simple and strong ethical principles of our predecessors," Saito said.

"Japan now faces annual population declines of 300,000 to 400,000 and is struggling with severe fiscal problems," he said. "We left huge burdens and massive challenges to future generations."

Among the negative legacies, he cited seniority-based promotion systems at companies, which had been considered useful during the high-growth era of Showa, prior to Heisei. "Many companies still select leaders based on their age, not their competence," he said.

"But there were many changes in the country, including the introduction of corporate governance and international accounting standards," Saito said. Even so, Japan was "very slow" to accept these changes, compared with other countries, he noted.

Saito attributed the slow adaptation to changing times to the lack of a process to "study thoroughly" why Japan enjoyed economic prosperity after World War II, faced a spate of corruption scandals around the peak of the bubble economy, and then saw a halt of its economic growth.

"Such a review process failed to take place due to the post-bubble confusion," he said.

Meanwhile, the development of tourism is one positive legacy of Heisei, Saito claimed.

"Tourism has become a big industry, but more importantly, it helped end prejudice against foreigners, and now it's not rare to hear foreign languages anywhere in the country," he said.