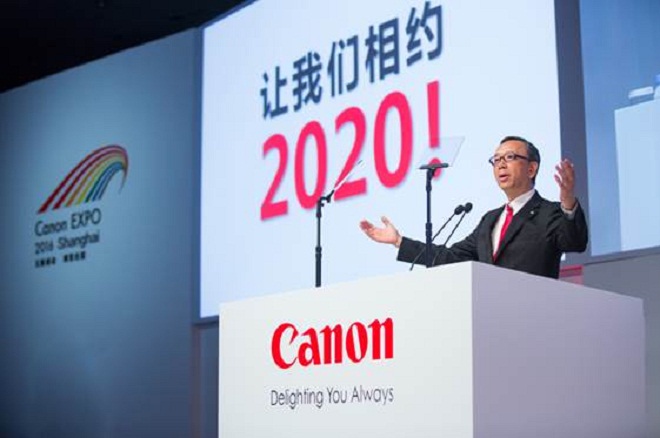 Beijing- Hideki Ozawa, executive vice president of Canon Inc., has described the Heisei period as a time when Japan lost its power.

Ozawa, who doubles as president and chief executive officer of Canon (China) Co., has spent most of his time overseas during the era, residing in New York, Singapore, Hong Kong and Beijing.

"The economy deteriorated and firms, especially, became weak," the 68-year-old said, looking back at the era during a recent interview.

"In the (previous) Showa era, Japanese companies were shining, and Japanese products were the world's best," Ozawa said.

That glory, however, has slowly been overtaken by other countries over time, he added.

Ozawa said that an issue in the Heisei period is that individuals became weaker.

"When looking at the younger generation, I see an increase in people who are intelligent and handle things adequately, but lack personality," Ozawa said. "Young people don't have dreams."

"Although they properly execute tasks handed down to them from their bosses, they don't try to find work on their own," he added.

His rebellious spirit as a salesman was sparked when he was living in Hong Kong.

The city was hit by an outbreak of severe acute respiratory syndrome, and he was told by executives of the company that he should not push himself to sell products during such a tough situation.

Ozawa, instead, started a sales promotion campaign in which part of the profit from sales of Canon products was donated to the Red Cross. Sales at the time surged 50 pct year on year.

"I couldn't contain my urge of wanting to sell products," he said.

In his 30s, Ozawa was deciding his own day-to-day work as he was the only Japanese person working at the company's office in the United States.

"I was happy thinking how fun being a businessman was," Ozawa recalled.

Ozawa said that his life as a company employee during the Heisei era could have been "uneventful" if he stayed the entire period in Japan.

He said he became his current self as "a beast set loose" because he was not in the country.

"I learned a lot of things from being in a jungle where I either eat or is eaten," he added. Jiji Press