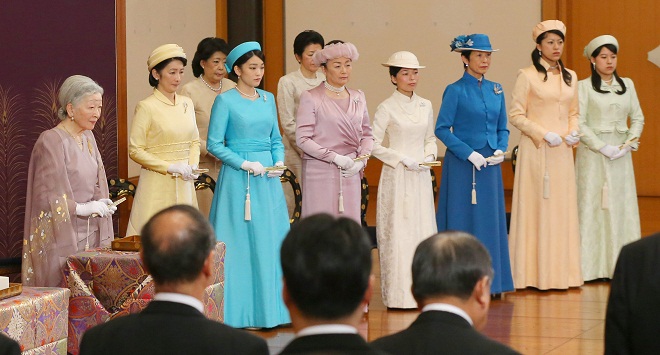 Tokyo--A recent Jiji Press poll showed that 69.8 pct of Japanese support the idea of allowing female members of the Imperial Family and descendants in its female line to ascend the Chrysanthemum Throne.

Meanwhile, the proportion of respondents backing the tradition of limiting Imperial succession to male members in the male line stood at 11.2 pct. A total of 19.0 pct said they cannot choose or do not know.

The government has been careful about changing the tradition.

The survey also found that 69.7 pct support the idea of allowing female members to establish Imperial Family branches after getting married, while 10.3 pct object. The remaining 20.0 pct said they cannot choose or do not know.

Asked about feelings toward the current Emperor Akihito, 44.0 pct cited respect and 39.5 pct positive feelings. Those without any special feelings accounted for 15.5 pct.

The survey was conducted over the four days to Monday through interviews with 2,000 people aged 18 and older nationwide. Valid answers were given by 62.1 pct. Jiji Press