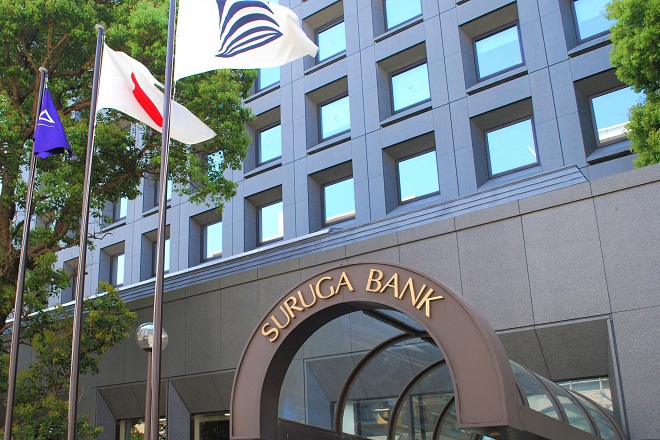 Numazu, Shizuoka Pref.- Suruga Bank came under fire at a meeting of shareholders on Thursday over manipulations of documents on the screenings of share house-related loans.

At the meeting held in Numazu, Shizuoka Prefecture, central Japan, Mitsuyoshi Okano, chairman and chief executive officer of Suruga Bank, apologized over the scandal for the first time on a public occasion.

The closed-door meeting also brought together some investors who bought share houses by arranging up loans at the regional bank.

The bank told shareholders that it will review repayment conditions, including lowering loan interest rates, and provide advice to affected investors at a dedicated division, according to participants.

After Smart Days suspended payments and went bankrupt in April, however, many investors have faced difficulty repaying loans.

Some investors are urging Suruga Bank to exempt them from loan repayments in exchange for handing over their share houses to the bank.

Suruga Bank's consolidated net profit for the year through March dived more than 80 pct from the previous year to some 6.9 billion yen.

The slump came as the bank set aside reserves in preparation for possible bad loans related to the scandal.

The bank's stock price has dived below 1,000 yen per share from 2,500 yen in January, before the scandal came to light. Jiji Press