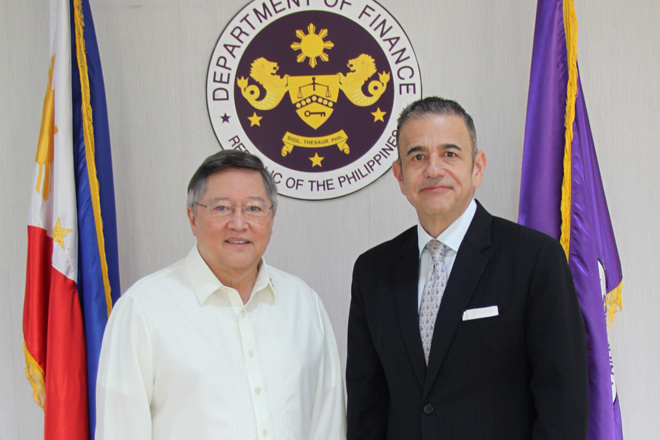 Top officials of the Philippines and Mexico have agreed to explore free trade and currency agreements to strengthen bilateral ties and facilitate economic transactions between the two countries, a statement from the finance department said Friday.

In the meeting, Dominguez also expressed his gratitude to the Mexican government for supporting the Philippines’ campaign against illegal drugs, through an exchange of information between the two sides regarding drug trafficking.

Dominguez broached the possibility of a currency agreement with Mexico, while Camarena proposed talks on a free trade deal with the Philippines, which, he said, was welcomed favorably by Trade Secretary Ramon Lopez during a meeting last year.

“Our country has a common history. In fact, the galleon trade (between Mexico and the Philippines) was the first true free trade agreement,” Camarena said during the meeting.

Camarena said Mexico has brought in some $2.8 billion in investments to the Philippines, including business operations by Cemex, its largest cement and building materials manufacturer, and Coke-FEMSA, the world’s biggest franchise bottler of Coca Cola products.

Dominguez assured Camarena that he would help push the Philippines-Mexico agreement on the avoidance of double taxation, which remains pending in the Senate for concurrence.

He assured the Mexican ambassador he would discuss with the relevant government agencies the possibility of reciprocating Mexico’s liberal visa arrangement for Filipinos, which allows them to enter visa-free and stay in that country for as long as six months if they hold a Schengen, US or Japan visa.

Mexican residents visiting the Philippines enjoy visa-free entry to the country but may only stay for a maximum of 29 days.

Dominguez also informed Camarena of an upcoming mission to Mexico led by Undersecretary Karl Kendrick Chua to study the Mexican government’s implementation of its sugar tax, to which the ambassador assured the finance chief of his full support and assistance. DMS