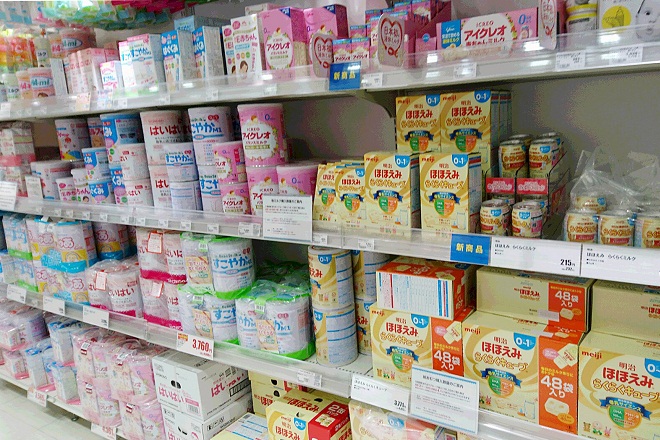 Tokyo- Liquid baby formula has been enjoying strong sales in Japan since their release in March, attracting demand from child-rearing families as they are ready to drink and can be stored at room temperatures.

Shipments by Ezaki Glico Co. have reached some three times as many as initially expected. Meiji Co.'s initial shipments were two times higher than its projection.

The companies aim to expand sales by making their products available at vending machines.

Liquid baby formula, mainly made from milk, are sealed under aseptic conditions after the addition of extra nutrients necessary for babies.

Japan lifted a ban on the production and sale of liquid baby formula products in August last year. Currently, Ezaki Glico and Meiji are authorized to sell such products.

Ezaki Glico started selling its liquid baby formula product on March 5. Its sales by the end of May, mainly at baby goods stores, were three times higher than the company's plan.

Even a woman who has yet to give birth welcomed the product as having eased concerns over child care, according to the company.

In addition to use at maternity hospitals and nurseries, the company is considering sales at vending machines, officials said.

Meiji started shipping its baby formula product across the country in April and the number of outlets selling it has increased steadily, including supermarkets and convenience stores inside railway stations.

The company plans to boost sales at theme parks, stations, airports and other places.

While the absence of preservatives in liquid baby formula has been welcomed by users as good for the heath of babies, some express concern over storage without refrigeration.

The manufactures are now boosting efforts to provide information on the features of their products and how to use them.

"We need to give (customers) accurate knowledge," an official of Ezaki Glico said. Jiji Press